With boats dating back to the 1930s still racing, to ones built in the last decade, the class has enjoyed exciting longevity.

The Chesapeake 20s have been evolving since the first one was built. Originally Hard-Chimed, the boat continually changed as Dick Hartge built them with Challenger becoming the first Round-Chimed twenties we think of today.

Hand-Built by a few different builders, but most surviving (and faster) ones were built by Captain Dick Hartge in Galesville, Maryland.

Molded from Endeavor in the 90s, these injected a new period of growth. Built by Chesapeake 20 Boatworks.

I'm a paragraph. Click here to add your own text and edit me. I’m a great place for you to tell a story and let your users know a little more about you.

This is where to right up about emailing/calling to get out on a 20 some day.... recruitment yay.

For Sale. Ready for Restoration.

Please refer to this article on the West River Sailing Club website > https://www.westriversc.com/post/stormy

Please save this boat before it goes MIA, as the last two Chesapeake 20s to sell through the maritime museum are now "lost" to the fleet. 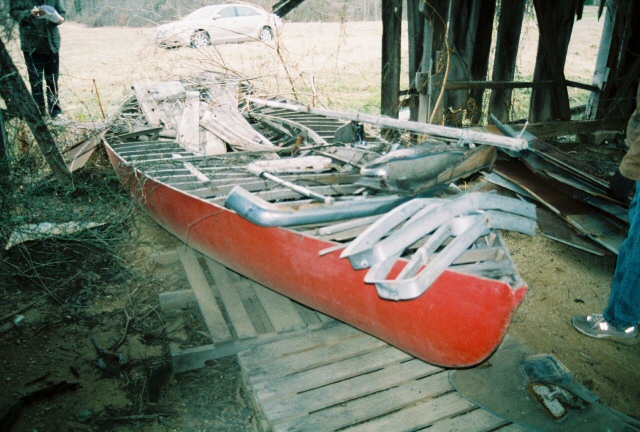 Waterlous is hull #20. According to Jane Hartge, she was built by Cap'n Dick Hartge in 1952 (probably his last 20) and traded to Louis (Buster) Phipps in exchange for a Roadmaster Buck. Buster had a car dealership on West Street, Annapolis.

Jane named her Galatea for Pygmalion’s classic statue come-to-life. Louis did not think much of the name and renamed her Waterlous, supposedly for himself. She has a slight chine, is very pretty and very fast according to Jane. Buster did not race her and eventually sold her to William Loux in 1966. After that, the class lost track of her until contacted by Roger Longenecker of Reading, Pennsylvania.

Roger Longenecker purchased the boat over 30 years ago with the intention to restore her. He said that she had sailed out of Betterton, off the Sassafras, MD. She was stored in his barn next to his home which is now for sale and he needed to get rid of the boat since he no longer had storage space. The boat is in poor shape with extensive rot in the aft section, very old sails and a wooden mast in good condition. She can be restored, and the hull does not appear to be hogged.

Ted Weihe and Dan Donahue traveled to Reading on December 17, 2009 and picked up the boat (with help from Roger’s front-end loader) and trailered her back to West River Sailing Club.